Binaya Misra Foundation was setup in 2010 in memory of Late Binaya Kumar Misra, a pioneering entrepreneur who touched the lives of many people deeply at a very young age. Binaya Misra set up Odisha’s first transformer manufacturing company in early ’70s after graduating from IIT Kharagpur, scaling significant success and bringing wide impact to not just the power distribution and electrical industry in the state, but also much needed dynamism to the state’s fledgling entrepreneurial ecosystem. One who would have changed the course of the land and the wider community around him significantly…, unfortunately, he died in a very untimely car accident in 1985 at the young age of 42 years, with an unfinished legacy.

The Foundation endeavours to take this legacy forward, and is currently trying to make a difference in few focused areas, especially in Odisha:

Odisha is India's link to her own antiquity. Odisha synthesizes India's ancient past with a pulsating present in a dynamic manner. In her very isolation, Odisha has preserved some of the most important aspects of India's cultural heritage.

However, Odisha has always been under-marketed and often neglected. We need to take a few small steps, to create sustainable impact across the under-privileged sections of the society. The Foundation is a small step and we urge you to support us in enabling hopes and fulfil dreams.

Today’s world has many inequalities. The logo is a subtle reference to eye of Lord Jagannath, spiritually considered to be the Lord of Universe, which benevolently sees every being as equals. And now it is upon us to bridge the differences and help spread happiness with fulfilled hopes: a small step at a time.

Late Binaya Misra was born to Sri Durga Prasad Misra & Smt. Sushila Devi, in 1942, in a village in Puri, Binaya Misra was nurtured with a strong value system since his childhood. Durga Prasad Misra himself had a strong sense of Odisha’s destiny, and his views had been shaped, by his uncle - Sri Biswanath Misra - ‘UtkalRatna’ and the first barrister of Odisha, and his brother Dr. Mahadeb Misra - a Gandhite in spirit and a pioneering doctor.

Armed with a strong sense of destiny and sincere values, Binaya Misra went on to graduate from IIT, Kharagpur in 1967. And then, contrary to established practice, he set out to become an entrepreneur and established Odisha's first transformer manufacturing venture, Kalinga Transformers Pvt. Ltd. He quickly became a highly successful entrepreneur – servicing several state electricity boards across India. A pioneer in the small-medium scale industries, he was hailed as one of the few industrialists who transformed the overall industrial scenario in Odisha. But, more than that, he touched many lives with his generosity, humility and inspiration - such that a generation of people remembers him very fondly and vividly.

Binaya Kumar Misra lived only for 42 years - he passed away in an unfortunate car accident in 1985 along with his friend Ajay Bhuyan, another promising young entrepreneur. However, he left an ever lasting impression by achieving so much within a short time.

Binaya Misra Foundation was set up by his family to take forward his good work and to help the under-privileged in Odisha. 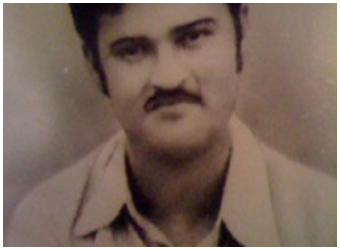 Late Binaya Kumar Misra
Board of Trustees
Srikumar Misra
Rashima Misra
The Binaya Misra Foundation was set up in May, 2010 as a Public Charitable Trust, with registered office at Cuttack in Odisha.